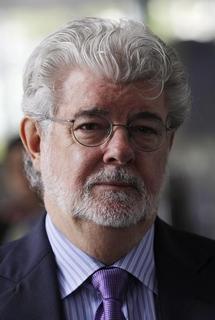 Filmmaker George Lucas looks on during the opening of Lucasfilm’s new animation production facility, the Sandcrawler, in Singapore January 16, 2014.

(Reuters) – San Francisco Mayor Ed Lee has offered George Lucas 2.3 acres of waterfront real estate in hopes that the director will locate a proposed arts and culture museum in the city, a spokeswoman for the mayor’s office said on Friday.

The proposal, which was sent to Lucas on Thursday, heats up a competition between Chicago and San Francisco for Lucas’s planned art museum, where he will house his personal collection.
“This is the most iconic site we could offer up,” said Christine Falvey, a spokeswoman for the mayor’s office. “It’s right on our waterfront and right by our Bay Bridge and AT&Tpark.”
The planned museum will feature Lucas’s collection of fine art from the 19th, 20th and 21st centuries as well as children’s art and digital animation he has collected, David Perry, a spokesman for the project, said.
Lucas, who is from Northern California and visited his first museum in San Francisco, has worked with the city on a number of projects and has a significant presence within its cultural realm, Falvey said.
Lucas had originally intended to build the museum in the Presidio, an area near the Golden Gate Bridge that is protected from development under a land trust.
The organization overseeing the land ultimately rejected Lucas’s proposal, and Lee formed a staff to find an alternate site.
A competition developed when Chicago offered Lucas a 17-acre site, a move that made Chicago a front-runner for the museum. Lee shot back on Thursday with his own proposal in hopes of luring Lucas to the West Coast with promises of sunny weather.
Lucas has yet to respond to Lee’s proposal, but the team in charge of the museum project expects to make a decision about where to build the museum sometime this summer, Perry said.
Thank you REUTERS/EDGAR SU
By: BY JENNIFER CHAUSSEE
_____________________________________
Cheers
Will

For those celebrating Roman Catholic Easter today, we wish you a wonderful day with family and friends. Blessings.

DIWALI is now underway, with the five-day Festival of Light celebration being observed by millions around the globe. Posted by thesun The festival of light sees Hindu homes being decorated with candles and lights and people sharing gifts – but what is the celebration about? GETTY – CONTRIBUTOR Diwali celebrates the Hindu belief that good…

Applying a maxim from computer science to biology raises the intriguing possibility that life existed before Earth did and may have originated outside our solar system, scientists say. Moore’s Law is the observation that computers increase exponentially in complexity, at a rate of about double the transistors per integrated circuit every two years. If you apply Moore’s…

To all our friends and family celebrating Diwali, blessings of Health, Happiness and Good Fortune! Diwali celebrations are spread over five days, from Dhanteras to Bhaiduj. In some places like Maharashtra it starts with Vasu Baras. All the days except Diwali are named according to their designation in the Hindu calendar. The days are: Govatsa Dwadashi or Vasu Baras (27 Ashvin or…