Skip to content
Back in Apple’s dark ages — during Steve Jobs’ interregnum in the mid-1990s — the company experimented with some strange products. Everyone remembers the ill-fated Newton PDA, for instance, which was considered ahead of its time. Less memorable was the QuickTake 100, the first mass market color consumer digital camera.

First unveiled at the Tokyo MacWorld Expo on February 17, 1994, the QuickTake 100 went on sale 20 years ago from yesterday — June 20, 1994. It was priced at $749 and initiated the age of consumer digital photography.
One reason why the QuickTake 100 is not often mentioned as an Apple breakthrough — other than the fact that Jobs’ himself had nothing to do with it — was that it’s one of the few non-computer products Apple produced and one Apple itself didn’t design.
The QuickTake 100, which captured and stored eight 640 x 480 pixel (or 16 320 x 240 pixel 24-bit color images) was the product of the inventor of the digital camera: Kodak. Afraid of jeopardizing its film business, Kodak didn’t want its own name on its own creation, just one in a long series of digital camera history ironies.
What’s even less known is how that first binocular-shaped digital camera started out 20 years earlier as a toaster-shaped device.

There would be no digital camera or no digital imaging of any kind without the charged-coupled device, otherwise known as the CCD, that was invented by a couple of Nobel prize winners completely by accident.
As the story goes, Dr. George E. Smith wandered into the office of his boss, Dr. Willard Boyle, at Bell Labs in Murray Hill, NJ, on Sept. 8, 1969, for their usual brainstorming session. Smith and Boyle convened that warm but drizzly fall afternoon to talk about semiconductor integrated circuits. Their boss asked them to examine if it was possible to devise a form of bubble memory using semiconductors. 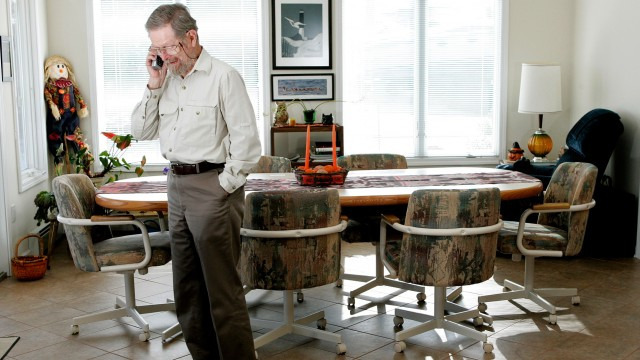 Smith had been involved with an effort to create an electron beam imaging tube for Bell’s Picturephone, having a target consisting of an array of silicon diodes. After jotting some notes on the blackboard, Smith realized what they were devising could store data, but also could be an image sensor.
The CCD takes advantage of the solid state equivalent of the photoelectric effect that won Albert Einstein his lone Nobel Prize in 1921. Amazingly, it took the pair only an hour to sketch out what would become the first digital imaging chip.
“[We] knew we had something special,” Boyle, who worked both on the laser and helped choose landing sites for the Apollo mission, later understated. “We are the ones who started this profusion of little cameras all over the world.”
Boyle died in 2011 at age 86.
The CCD was announced early in 1970 and was quickly picked up by several companies including RCA, which marketed the commercial TV chip Fairchild that made an aerial camera for the U.S. Air Force, Texas Instruments, and, of course, by Bell Labs for its Picturephone.
In 2009, Boyle and Smith were awarded the Nobel Prize for physics for their invention of the CCD. But it took a gangly young fresh-faced Kodak engineer to give the CCD its true purpose.

While Boyle and Smith were creating the CCD, Steve Sasson — who later became known as the inventor of the digital camera — was still in college. Soon after earning his bachelor’s and a master’s degree in Electrical Engineering from Renesselaer Polytechnic Institute (RPI) in Troy, NY, in 1973, the 23-year-old Sasson joined nearby Kodak as an junior electrical engineer working in an applied research laboratory in the Apparatus Division. 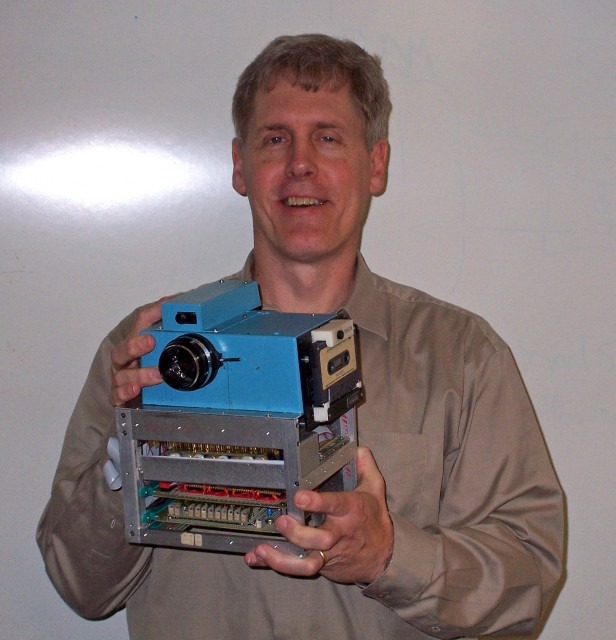 In early December 1974, Sasson’s boss stopped the young engineer in the entrance to his office and told him about these new-fangled CCDs. “Why don’t you see if you can do some imaging with this device?” his boss casually suggested.
“I started to look around how these things worked and read whatever I could about them,” Sasson told me eight years ago during an interview. “Then I thought about how to capture images, then maybe building a camera. It became really came clear to me that if I could digitize an image, freeze it and hold it and analyze it and store it and look at it, that was sort of the goal.”
First, he ordered a two 24-pin dual inline Fairchild type 201 100 x 100 pixel CCDs for about $500. Inside the box were handwritten instructions that described the dozen clock setting and matching voltage variables. 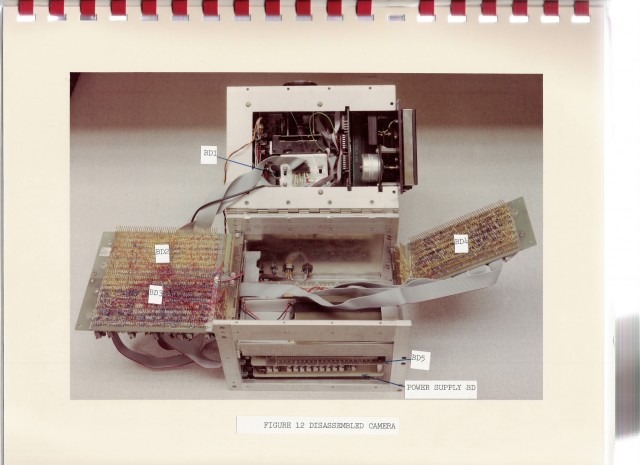 “Each device would work only if each voltage was set at a certain value,” he told me. “These things were very experimental, and it only took one of these voltages to be off and you wouldn’t get any output. Then at the bottom was written ‘good luck.’ I remember looking at this and saying, ‘boy, I’m in trouble.’”
Getting the CCD to work required a lot of trial and error: “There was a plan, you do the plan and you think everything’s right and there’s no signal coming out, so what do you do? In addition to getting all the clocking signals generated, the output of the CCD is just little pulses of voltage,” Sasson said. “A volt for each pixel in the image is represented by a short pulse of voltage that appears at the output terminal. I had to build all the clocking in order to see these little the pulses that represent the output of the charged coupled device when it’s working correctly to see if the device was operating properly.”
“We got to the point where we shined light on it, we knew that the pulses of output voltage represented actual light that was being seen by the device,” he added. “We were very happy when that was working. But that was only the beginning of the story.”
Sasson needed more than a chip, of course. He needed a lens, an optical assembly and exposure control — all of which he eventually salvaged from a Kodak XL55 movie camera.
Winter turned to spring then to summer and then to fall again. Sasson worked to integrate the CCD with a Motorola A-to-D converter and a dozen 4096-bit dynamic memory chips. He built and debugged the circuits, and designed and constructed the digital circuitry from scratch. He also toiled on the CCD timing, the playback timing, the data boards and the power supply.
To store the captured images, Sasson used a 12-volt portable Memodyne Model No. 300 data cassette recorder.
When it was finished, Sasson’s prototype looked like something a kid would have built with an Erector Set. It weighed eight-and-a-half pounds, ran on 16 AA batteries, and, at 8.25 x 6 x 9 inches and was about the size of a toaster.
“It’s an odd-looking beast,” Sasson chuckles. “Odd today and really odd in 1975.”
originally posted at goweloveit.info
______________________________________________
Thank you goweloveit.info, great read!