The Reality of “Reality” Renos 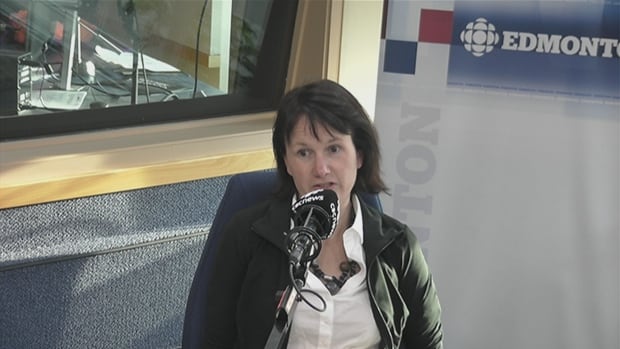 Renee Mulrooney is a general contractor. and owns Tomboy Construction. She admits she watches shows like “Love It or List It,” but says these home reno shows don’t show realistic results or timelines. (CBC)

When it comes to home renovations, an Edmonton contractor says you can pick only two of three options — good, fast or cheap.
Getting quality, affordable work done on an incredibly tight deadline is next to impossible, according to Renee Mulrooney, who owns Tomboy Construction.
So she wasn’t exactly surprised to hear about a North Carolina couple suing producers of the popular HGTV home renovation show “Love It or List It” for unsatisfactory work done to their home.
The show features a team that quickly renovates a home on the owner’s budget, while also showing them properties available in their price range.
But the impossibly tight deadlines seen on the show don’t reflect the realities of home renovations, Mulrooney told Edmonton AM.
“You’re going to try to do a reno in three weeks, that’s typically what something gets filmed in,” she said. “But then there’s probably two crews of guys working 24/7, and if something goes wrong, there’s just no opportunity to think about how to fix it and then fix it properly.
“Time you can always get back, but if you have to do something again, that’ll just bite you over and over again.”

Mulrooney said homeowners shouldn’t be sacrificing quality of work for a quicker reno job. Yet the reality of renovation timelines still shocks people, she said.
After Mulrooney asks ger clients the tough questions about what they’re willing to spend, she said the conversation about timelines tends to be a shocker. A kitchen renovation can take eight weeks at least, a bathroom around four.
Dawn Fraser is a realtor with Century 21 Vantage Realty. She sells many homes from older areas, like in Edmonton’s city centre and in old Strathcona.

“I think what the shows have actually done right now is kind of glamourized the old character homes and the renovation process.”– Dawn Fraser, realtor, Century 21

While she said reality TV shows like “Love It or List It” haven’t so much affected the buying or selling process, she said they have led to some unrealistic views from those considering renovating character homes, in particular, instead of just buying new.
“I think what the shows have actually done right now is kind of glamourized the old character homes and the renovation process,” Fraser said. “I have a lot of clients that think, ‘Let’s go buy a character home and we can do some renovations’ and all that.
“And then they walk in and they’ve got one bathroom in a six-foot basement and closet space is very minimum.”
But Mulrooney said there are also risks with buying a newer home. She personally won’t buy a house built during a boom, when building materials can be scarce and demand for workers means some less-than-qualified people may get into the business.
The best way to go about renovating your home? Instead of watching home reno goals unfold on reality TV, give yourself a reality check.
“If you want it to be fast and good, it’s not going to be cheap. And if you want it to be cheap, it’s probably not going to be fast or good,” Mulrooney said. “Where do you want to sacrifice? In your home, you shouldn’t be sacrificing any of those things.
“Do your research, do your planning. Talk to your friends. Have the heart-to-heart conversations, get down to the nitty gritty.”
originally posted at cbc.ca
__________________________________________________
Just sharing the info!