In what looks like something out of a spy movie, university researchers have come up with electronic devices that self-destruct. 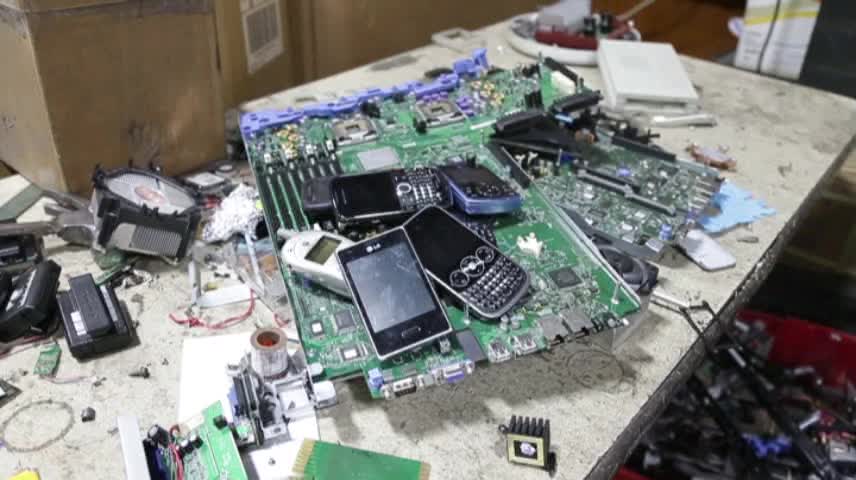 No, you’re not going to see any Mission: Impossible-style explosions here. At the University of Illinois at Urbana-Champaign, they’re working on electronics that dissolve in water.
While this may seem like a really, really bad idea if you’ve ever dropped your phone into a body of water, the idea is that these dissolving electronic parts will actually be better for the environment, and better for the health of humans in the long run.
John Rogers, a professor of Materials Science and Engineering at the university, is one of the researchers behind the ‘born to die’ program, and says that the technology isn’t there yet, but the proof-of-concept certainly  is there.
“You don’t need your cell phone to last for 25 or 50 years,” Rogers said to The Associated Press. “Nobody wants to keep it for that long anyway.”
Currently, the parts inside of a smartphone are made largely of materials that take decades to break down, filling up landfills long after their usefulness has passed. With these new materials that self-destruct, it would prevent those landfills from being filled with discarded devices, and minimize the chemicals leeching into the ground from the used electronics.
So far, the team has built a chip on a thin film of silk that dissolves when hit with water. Bad news if you ever drop your phone in the toilet, good news if you want to keep your phone from sitting in a landfill for years after your next upgrade.
The ongoing research project has other implications for the future, too. Because of how the chips can dissolve, they could also be used in medical implants designed for performing diagnostic or therapeutic functions, Illinois News Bureau reports. Once the chip has done what it was implanted to do, it can break down in the body without negatively affecting the patient.
By Tori Floyd