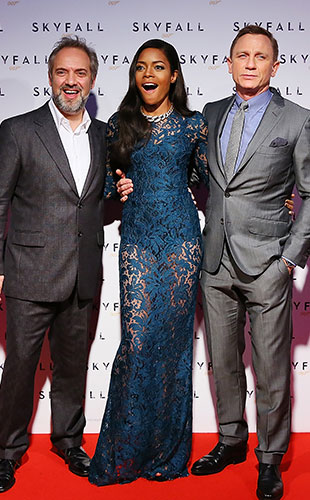 Ernesto Ruscio/WireImageSam Mendes will return.
James Bond fans everywhere were more than a little disappointed when “Skyfall” director Sam Mendes announced earlier this year that he would not be returning to helm the as-yet-untitled “Bond 24.”
“It has been a very difficult decision not to accept Michael and Barbara’s very generous offer to direct the next Bond movie,” Mendes said in March, referring to longtime 007 series producers Michael G. Wilson and Barbara Brocolli.
The filmmaker’s departure opened the door for a number of other directors to potentially step into the long running super spy franchise, with many touting “Slumdog Millionaire” director Danny Boyle as a potential replacement. However, it now seems that the Oscar-winning Mendes has made an about-face and is back in the Bond business, thanks to what we can only assume was an even more “generous offer” from the studio.
Sony had originally been eyeing a fall 2014 release for “Bond 24,” but that quick turnaround between “Skyfall” and its sequel meant that Mendes would have had to abandon several theatre projects he was working on. So keen on having the “American Beauty” director back for the next installment, Sony has actually pushed “Bond 24” back to late 2015 in order to accommodate him.
“I am very pleased that by giving me the time I need to honour all my theatre commitments, the producers have made it possible for me to direct ‘Bond 24,’” Mendes said in an official Sony press release. “I very much look forward to taking up the reins again, and to working with Daniel Craig, Michael G. Wilson and Barbara Broccoli for a second time.”
A studio waiting on a director? That’s an unprecedented vote of confidence in Mendes, but one that is entirely deserved. Not only was “Skyfall” one of 2012’s biggest box office champs — pulling in over $1.1 billion at the theatres wordwide — but it was also the highest-grossing Bond movie in the history of the 51-year-old 007 franchise.
Even with Mendes back on board, though, can the next Bond movie hope to top “Skyfall’s” massive success?
Historically, the series doesn’t have the best track record when it comes to following up on its big success stories, as evidenced by the lacklustre sequels to “Goldeneye” and “Casino Royale.” But, with key pieces in place like Mendes and Craig, along with the talents of Oscar-nominated screenwriter John Logan (“Gladiator,” “Hugo”), the twenty-fourth 007 flick is definitely on the right track. The real trick will be for producers to find a villain to top Javier Bardem’s extremely memorable “Skyfall” baddie Raoul Silva — an unenviable task.
“Bond 24” is set for an October 23, 2015 release in the United Kingdom and November 6, 2015 in North America.
By Will Perkins
Thank you yahoo news.
_______________________________
Cheers
Will