Disney and Lucasfilm will return to the remote Irish island of Skellig Michael to shoot scenes for Star Wars: Episode VIII, despite the objections of conservationists concerned about the impact of local wildlife, reports RTE.

JJ Abrams’s Star Wars: The Force Awakens – episode seven of the saga, due out in December – filmed scenes on the tiny unpopulated island, which is home to bird species including puffins, peregrine falcons and guillemots, last July. Now Irish arts minister Heather Humphreys has confirmed that film crews will be back for Rian Johnson’s sequel, due in cinemas for May 2017. 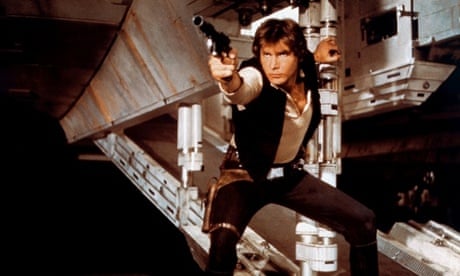 “Sceilg Mhichíl [Skellig Michae] is one of our most dramatic and beautiful islands and it is very easy to understand why its stunning scenery has caught the attention of the makers of one of the world’s biggest film franchises,” said Humphreys in a statement. “The return of Star Wars to Sceilg Mhichíl is another win for Ireland and the Irish film industry, which is a growing and dynamic sector of our economy.”

She added: “Specialist staff from my department have been in discussions with Lucasfilm since March of this year in relation to a limited amount of filming, expected to last two to four days.”
Skellig Michael, also known as Great Skellig, is the larger of the two Skellig islands in the Atlantic ocean off County Kerry on the sparsely populated south-west coast of Ireland. It is currently unpopulated, though a monastery was founded some time between the sixth and eighth centuries before being abandoned in the late 12th century. The remains of the monastery and most of the island were designated a Unesco World Heritage Site in 1996.
The Irish national trust, An Taisce, has once again expressed concern about the impact on local wildlife after objecting to Star Wars’ previous visit. “Skellig is very fragile, a world heritage site, archeological features with dry stone walls,”spokesman Ian Lumley told RTE. “It’s a major bird reserve with ground-nesting species that are very vulnerable.” He said he understood the frequency of helicopter flights, which can disrupt avian behaviour, were due to double for the new shoot.
However, Humphreys said an ecologist and specialist staff from the National Parks and Wildlife Service and the National Monuments Service would be on hand throughout the filming process and would have the power to stop filming if necessary.
It is not known which scenes from The Force Awakens were shot on Skellig Michael – which joined Abu Dhabi, England’s Forest of Dean and Pinewood Studios, Buckinghamshire, as shooting locations for Abrams’ film. The new Star Wars movie hits cinemas on 17 December in the UK and a day later in the US.
originall posted at theguardian.com
by Ben Child
____________________________________
iamwill