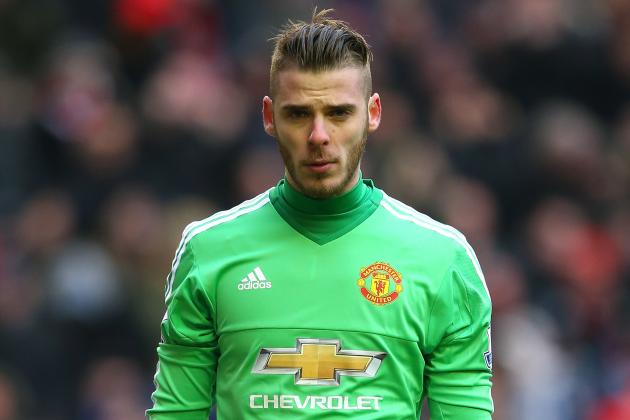 Alex Livesey/Getty Images
Real Madrid are reportedly “determined” to sign Manchester United’s David De Gea this summer after FIFA temporarily lifted the Spanish club’s transfer ban.
According to Jose Luis Guerrero of AS, club president Florentino Perez wants to make the Red Devils goalkeeper a Los Blancos player at the end of the season after the two parties came so close to doing a deal in the previous transfer window; De Gea’s proposed move to the Spanish capital could not be completed before the deadline passed.
With the two-window ban appealed and put on hold, it seems as though Real will not allow the same mistake to happen once again.
“The Madrid giants have already reached an agreement with the goalkeeper,” wrote Guerrero. “The dream of the goalkeeper has not changed and he wants to return to his home country even after going through a farcical summer last year.” 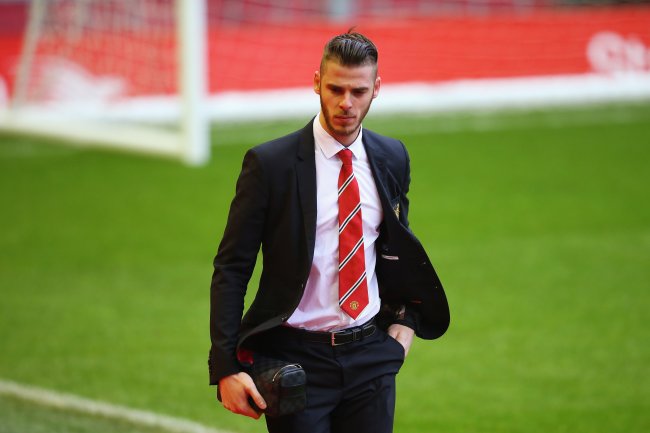 As Bleacher Report UK jested when news of the bans being lifted for both Madrid clubs, with United down in fifth place in the Premier League, De Gea may well be pleased to hear his transfer to Madrid is back on:
For Madrid, a move for the goalkeeper makes a lot of sense. Granted, they already have a brilliant goalkeeper in Keylor Navas, but as a local lad and a genuine world-class talent, De Gea is the man fans will want to see between their sticks.
United fans will be hugely disappointed if De Gea was to move on, as he’s arguably the finest goalkeeper in the world at the moment. However, the club will have surely prepared for what’s looking like an eventuality and will no doubt be handsomely compensated for the sale of the 25-year-old.
Neymar Boost Reported 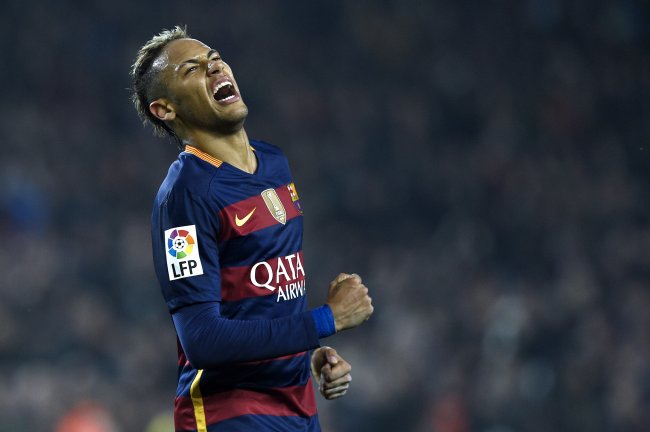 Manchester United have reportedly been handed a boost in their pursuit of Barcelona star Neymar, with the Spanish giants said to be considering moving on the Brazilian.
According to Toby Gannon of the Sun the European champions are said to be weighing up a summer pursuit of Paulo Dybala fromJuventus, which could prompt them to sell one of the illustrious attacking trio of Neymar, Lionel Messi and Luis Suarez. 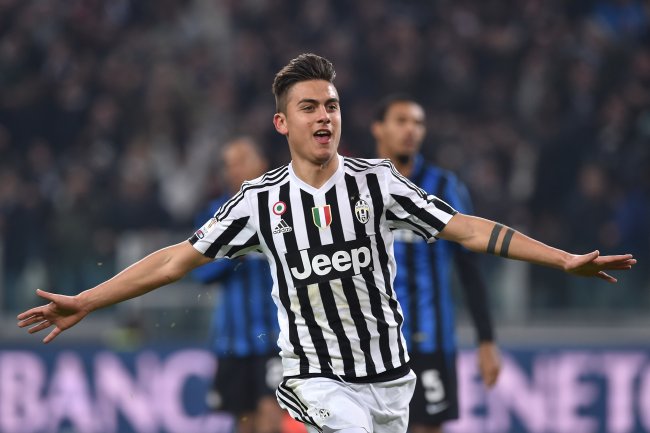 The piece suggested the Red Devils remain “desperate” to capture Neymar, who emerged as a surprise target in the latter stages of the summer transfer window. Real Madrid, Barcelona’s bitter rivals, are also said to be keen on the Brazil international.
It’d be peculiar to see Barcelona break up what is a majestic attacking trio. As we can see here courtesy of OptaJose, the three link up wonderfully well together:
Neymar is arguably the most valuable player in the setup, too. The Brazilian is only 23 years old, still has room to grow and arguably, with Messi injured for much of the campaign, has been Barcelona’s star man in 2015-16. 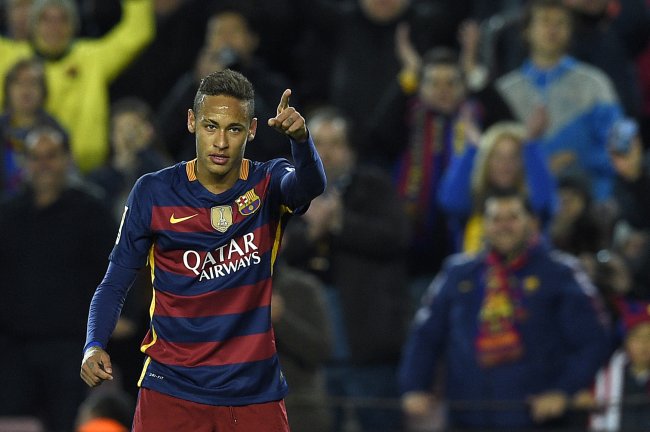 So it’d be a massive surprise to see this deal take place. Not only will Barca be reluctant to sell, but United are in a far from ideal position to lure Neymar to the club, trailing fourth place Tottenham Hotspur by five points in the Premier League. It means Champions League football may not be on the agenda at Old Trafford next term.
Bleacher Report’s Gianni Verschueren is unsure whether the Catalan side even have the money to facilitate a deal for Dybala:
Neymar seems settled in Barcelona, is playing alongside two other sensational attacking players and will surely win further honours during the next calendar year.
Nick Powell Set for Hull Move 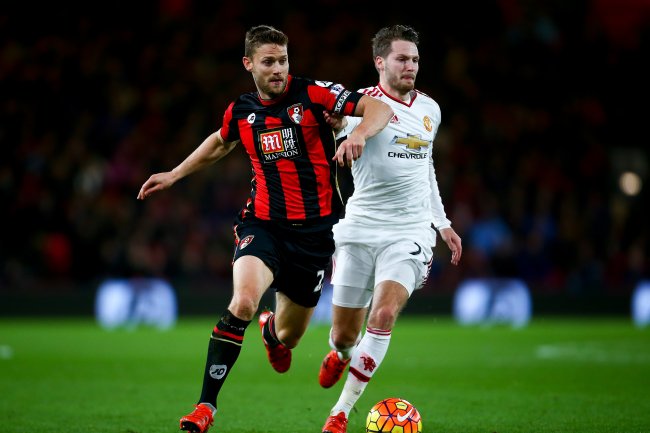 Manchester United’s young midfielder Nick Powell looks poised to join Hull City on loan until the end of the season.
As reported by Philip Buckingham of the Hull Daily Mail, the Tigers boss Steve Bruce has confirmed the club are interested in a temporary deal for the 21-year-old.
“On a loan deal until the end of the season, it’s a no-brainer because he can play in a number of positions up the top end of the pitch,” said Bruce. “It hasn’t really worked out for him but then again a way through is difficult at Man United. This can be the perfect stage for him.” 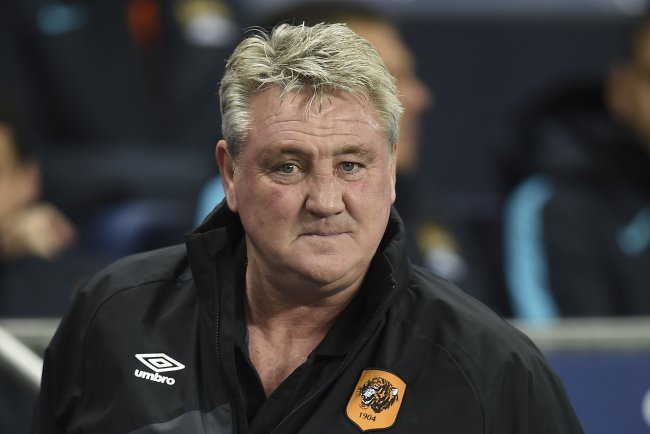 When United captured Powell in 2012 from Crewe Alexandra, he was rated as one of the most exciting young players in English football. This stunning performance in the 2011-12 play-off final for his former side was indicative of a major talent:

Watch Nick Powell vs. Cheltenham
However, since joining United, chances have been hard to come by. Loan spells with Wigan Athletic and Leicester City have been arranged in an attempt to get Powell some regular football, but he’s failed to kick on.

At Hull, who are flying high in the Championship, he’ll likely be given the chance to spearhead a promotion push and return to Old Trafford as a much more rounded operator.
Originally posted by bleacherreport.com / By Matt Jones
[the_ad_group id=”1480″]